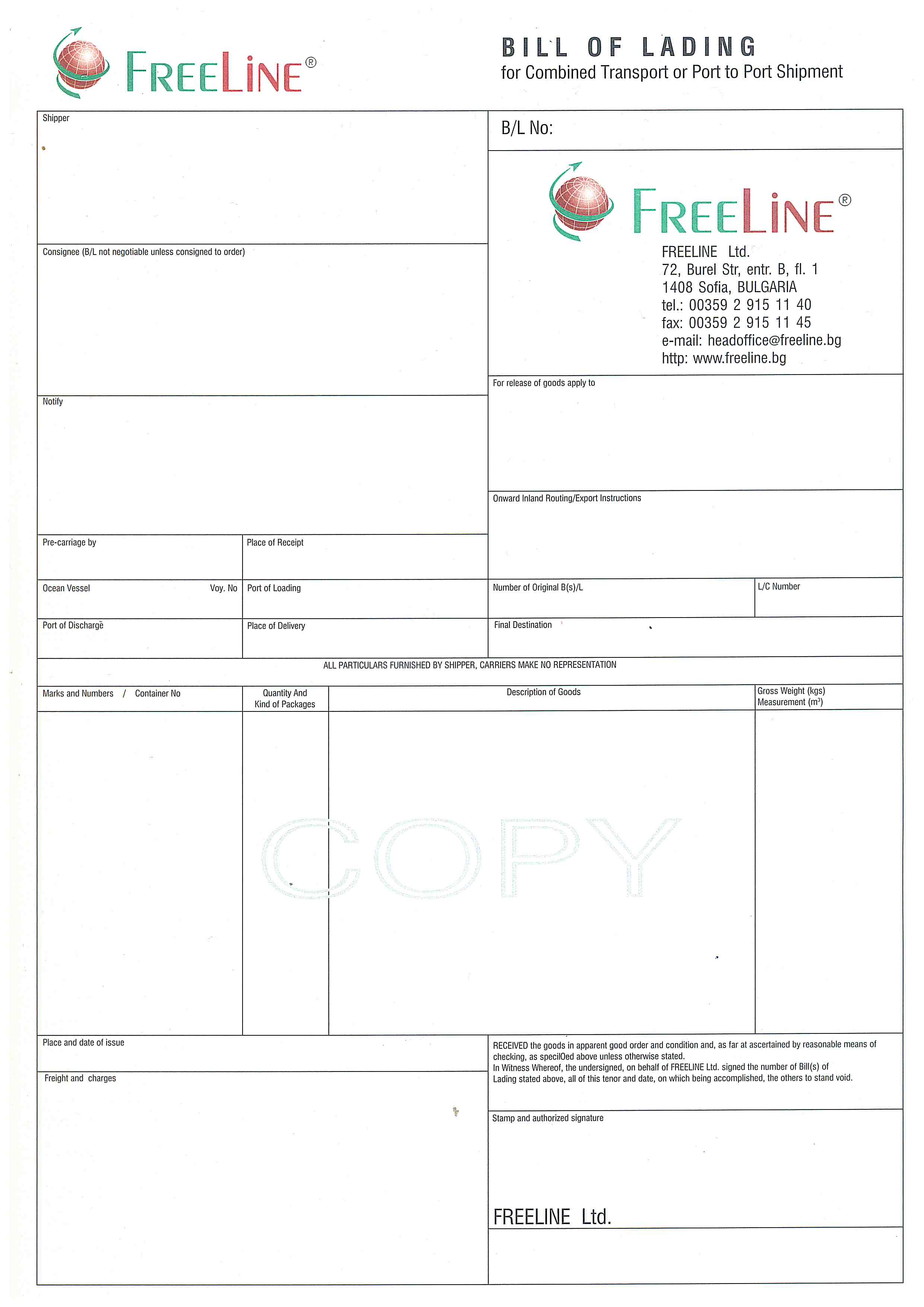 A document issued by a carrier, or its agent, to the shipper as a contract of carriage of goods. It is also a receipt for cargo accepted for transportation, and must be presented for taking delivery at the destination.
Among other items of information, a bill of lading contains (1) consignor’s and consignee’s name, (2) names of the ports of departure and destination, (3) name of the vessel, (4) dates of departure, (5) itemized list of goods being transported with number of packages and kind of packaging, (6) marks and numbers on the packages, (7) weight and/or volume of the cargo, etc.. It serves as a proof of ownership (title) of the cargo, and may be issued either in a negotiable or non-negotiable form. In negotiable form, it is commonly used in letter of credit transactions, and may be bought, sold, or traded; or used as security for borrowing money. A bill of lading is required in all claims for compensation for any damage, delay, or loss; and for the resolution of disputes regarding ownership of the cargo. The rights, responsibilities, and liabilities of the carrier and the shipper under a bill of lading (often printed on its back) are governed generally either by the older Hague rules, or by the more recent Hague-Visby rules.

The CMR was ratified in Bulgaria and came into force in 1977. The international transport of goods by road is governed by the Convention on International Carriage of Goods by Road (Convention relative au contrat de transport des marchandises par route) (CMR) signed in Geneva on May 19, 1956. The CMR applies to every contract for the carriage of goods in vehicles by road for profit in which the place from which the goods are taken and the place designated for delivery, as specified in the contract, are situated in different countries and at least one is a contracting party, that is, a state which has ratified the CMR. The CMR does not require that both the countries of dispatch and of destination be contracting parties; only one of these countries must be a contracting state. The Convention applies regardless of the place of residence and the nationality of the parties. The Convention also applies where the carriage is carried out by states or by governmental institutions or organizations. 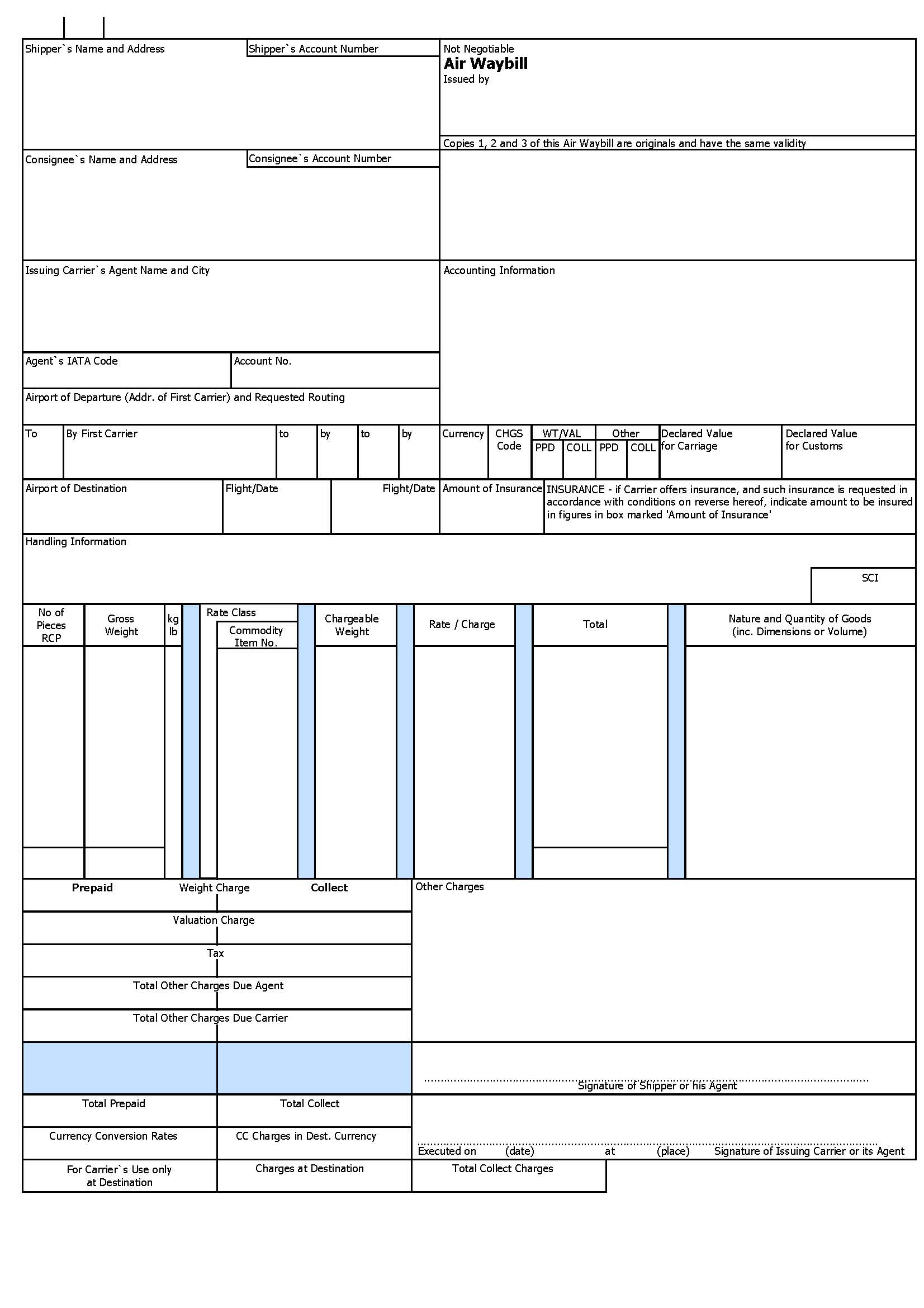 The airwaybill serves as a receipt of goods by an airline (carrier) and as a contract of carriage between the shipper and the carrier. It includes (a) conditions of carriage that define (among other terms and conditions) the carrier’s limits of liability and claims procedures, a description of the goods, and applicable charges. The airline industry has adopted a standard form for AWB which is used worldwide for both domestic and international traffic. 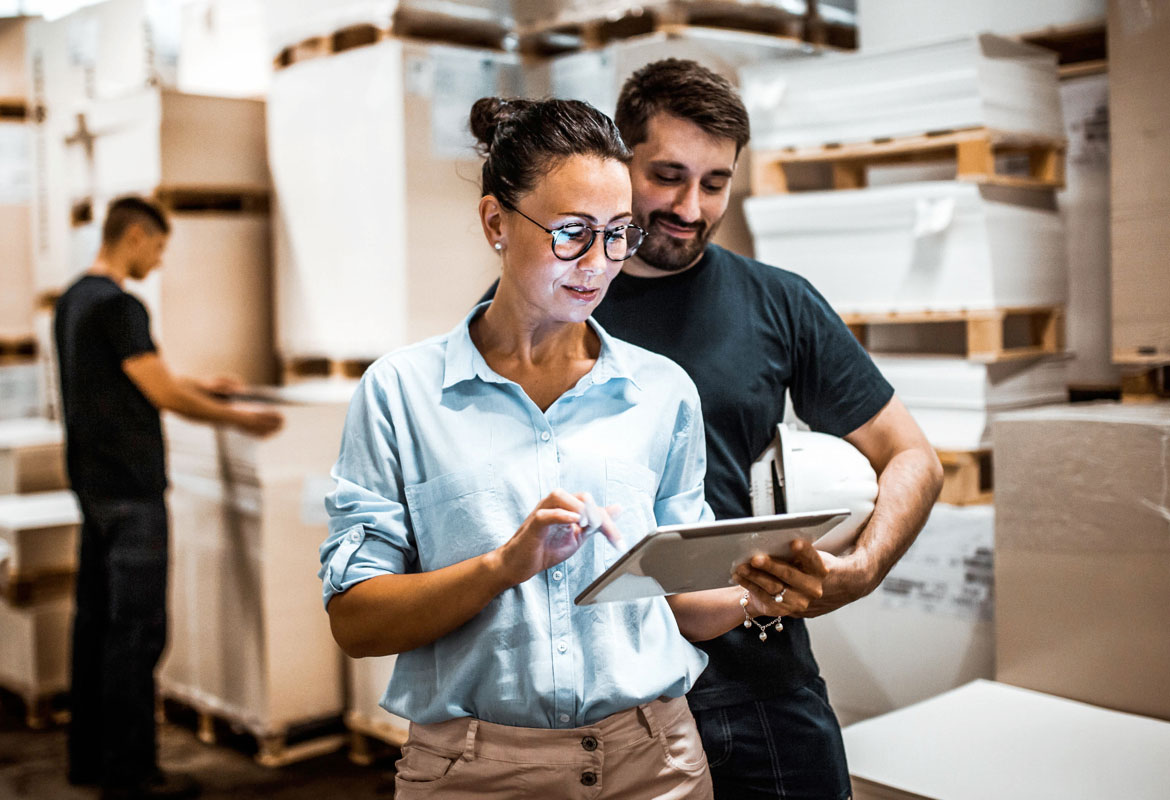